8 STEM Leaders Every Child Needs to Learn About 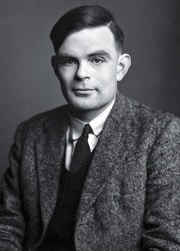 STEM leaders have made countless contributions and inventions that have changed the world around us. Children need to learn about a variety of STEM leaders so they can understand that there are plenty of STEM opportunities depending on likes and interests.

From computer programming to finding cures for diseases, everyone can find a type of STEM that interests them.

Making significant contributions to both mathematics and technology, Alan Turning is a STEM leader whose work continues to change the world. During World War II, he worked as a codebreaker by decoding German military intelligence that the Allied forces could then use. After his time as a codebreaker, he spent time creating an electronic computer and laying the groundwork for artificial intelligence. His prototype, the Universal Turing Machine, is what many consider the first modern computer.

Dr. Charles Drew might be a science leader you might not be familiar with, but his contributions to the medical field probably have impacted your life. He developed the first blood bank and led significant research on blood transfusions and storage. Not only was Drew the leading pioneer in blood collections and storage, but he was also an accomplished surgeon who taught many other doctors. While his work was done to save soldiers during World War II, his work is still saving lives decades later.

While most people associate Henry Ford with the Ford Motor Company, he is responsible for countless other contributions to society. Ford didn’t invent the automobile but created the Model T, which was an automobile that was more accessible to Americans. He was able to lower his costs by using his engineering skills to create the first assembly line which revolutionized factories and mass production. Without his engineering skills, auto travel and manufacturing would look quite different today.

Tu Youyou’s determination to science is something that should be an example to us all. Without a doctorate or medical degree, she made one of the most important medical discoveries…a cure for malaria. After contracting tuberculosis as a child, she knew she wanted to study diseases, and she used ancient Chinese text to help discover that artemisinin was the key ingredient needed to develop a cure. Because of her findings, she was awarded the Nobel Prize in Physiology or Medicine, and she was the first mainland Chinese scientist to receive a scientific Nobel Prize.

As a child, Mario Molina was fascinated by the microscope and spent endless hours studying it, and as an adult, he was able to use his learnings to help the environment by figuring out what was causing a hole in the ozone layer. Due to his findings and advocacy for environmental reform, he was even awarded a Nobel Prize in Chemistry. Using both science and mathematics, Molina was able to help save the environment and limit the amount of damage to the ozone layer.

Even though his computer looked much different from what we use today, Charles Babbage is credited with creating the first automatic digital computer. Known as the Father of Computing, he invented the Difference Engine Number 1, the first machine to calculate and print math tables, and he started work on the Analytical Engine, a machine which intended to retain data that could be used for calculations, but lacked the funding to finish it. Babbage used science, mathematics, and engineering knowledge to create one of the first forms of technology that paved the way for the technology we use today.

Katherine Johnson was a mathematician who used her skills to help send the first man to the moon. As a way to double-check the computers, she calculated the trajectory of the spaceships, and her calculations were always accurate. Because of her bravery, she was awarded a Presidential Medal of Freedom. Despite having to overcome both gender and race discrimination, she became an inspiration to girls and women as a celebrated NASA mathematician.  The have been a movie, Hidden Figures, and numerous books based on her work.

STEM leaders come from a variety of backgrounds and have diverse experiences, but their differences are the reason for their contributions. It’s crucial that children know that no matter what their circumstances are, they too can become a STEM leader and change the world.

About the Author:
Valerie Cox is a contributing writer for LOC Scientific. In her spare time, she enjoys traveling, reading, and volunteering in her local community.

What to Do When Children Can’t Sleep: Pediatric Sleep Specialist »
« How You Can Help Stop Cyberbullying