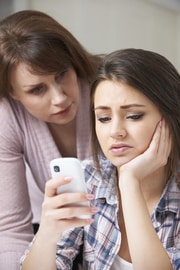 When Bill Belsey, creator of a website to fight traditional bullying, coined the term ‘cyberbullying’ in 1998, even he wouldn’t have envisaged the transformation that the internet and electronic devices would undergo in next two decades and the frequency with which ‘cyberbullying’ would be used as a topic of serious concern for the younger generation.

A cyberbully is someone who harasses you using a digital device such as a computer, a mobile phone, or a tablet. Harassment is perpetrated in many different ways: through text messages, applications, social media, forums, or interactive games.

The dissemination of offensive, harmful, false, or cruel information about someone simply for the purpose of humiliating or embarrassing them may constitute cyberbullying. The acts in question are often illegal and thus condemned.

Parents often dismiss cyberbullying as trivial due to the belief that minor damage can be caused via the internet. Cyberbullying, however, can be even more harmful than in-person bullying. Cyberbullying occurs at all times of the day and night, so kids and teens who are victimized have a hard time getting away from bullies. While many parents consider home a safe haven for their children to escape bullying, cyberbullying follows them home.

The anonymity and difficulty of tracing such bullying make it particularly damaging and upsetting. As well as being difficult to control, the victim has no idea how many people (or how many hundreds of people) have seen what they have written. People can suffer from constant anxiety. every time they check their gadgets or computers.

Despite the importance of understanding the various forms of cyberbullying, getting a complete understanding of it also requires understanding the bullies themselves and why they attack others. Boredom, revenge, anger, and the desire to provoke a reaction from their victims are some of the reasons students engage in these behaviors.

It’s also true that what may seem like online harassment may at times just be an accident. Online communication is impersonal, which makes it hard to determine whether someone is being sarcastic or not.

Impact of cyberbullying on children

People who are victimized by cyberbullying may suffer long-term emotional, behavioral, concentration, and social issues. Their social lives might also be affected by these problems, as they may have difficulty relating to others. A higher proportion of them experience trust problems and abuse alcohol and drugs earlier in life. Peers may treat cyberbullying victims with shame, which can result in dangerous stigmas.

Many cyberbullying victims have a hard time feeling safe because of it. The feeling of vulnerability and helplessness may be overwhelming. Online bullying can affect someone at all times of the day via computer or cell phone since it can invade their home through that device. The place where they could escape is no longer available to them.

Although cyberbullies are not physically threatened, they still suffer from physiological symptoms. Their excessive nervousness often results in headaches and stomach pain. It is also possible for them to commit self-harm. Psychological problems such as digestive issues and eating disorders can be caused by feelings of stress and anxiety caused by cyberbullying.

A child being cyberbullied may skip meals or binge eat as a result of the bullying. People who experience cyberbullying may experience sleep disruptions. Insomnia, sleeping more than usual, or nightmares are among the sleep issues they might experience. Additionally, a bullied individual’s stress can also aggravate or cause stomach ulcers, intestinal pain, or upset stomach.

Symptoms of depression and post-traumatic stress disorder (PTSD) are exacerbated by cyberbullying among adolescents, according to research published in the Journal of Clinical Psychiatry. The study found that cyberbullying worsened depressive symptoms more forcefully than other indicators in children from challenging backgrounds. Researchers hypothesize that cyberbullying may result in psychological maladjustment, reduced well-being, and eventually low self-esteem in young people because young people have an intense psychological need to belong to and be accepted by a peer group.

Additionally, the study indicated a vicious cycle. The likelihood of being bullied online was more significant for those who were depressed or suffering from mental health issues than those who did not suffer from such issues. Study results confirmed previous findings, the researchers said.

A cyberbullied child may exhibit the same behavioral changes as a child who is bullied in a traditional setting. These individuals lack interest in activities and are secretive. In certain circumstances, when kids have been cyberbullied, going to school is too much for them. In order to avoid school, they sometimes skip classes or behave in such a way that results in their suspensions.

A further effect of cyberbullying is anger, which shouldn’t come as a surprise. In a victim’s emotional range, anger is often a dominant emotion. Some children may even consider revenge plans, as evidenced by the school shootings and other aggressions committed by bullying victims who couldn’t deal with what had happened to them.

Remember – a parent or trusted adult is informed of cyberbullying by only one in ten young people. The low number may have been caused by embarrassment, fear of not being believed, or fear of losing access to technology. To ensure your child seeks support when they need it, you can take proactive steps to educate them about how to combat cyberbullying.

You should have a gentle, honest, and open conversation if you suspect something is wrong. It’s hard to avoid being involved in a situation when your children are stressed, but there are steps that you can take to help. A parental monitoring app that tracks your child’s text message is one of the best options if chosen and implemented correctly to ensure that you know what your children are doing with their digital devices.

Giving children digital freedom and knowing when that freedom ends can be a challenge for parents. Many parents are aware that cutting off kids’ access to the internet may have adverse effects on their development and learning. Sadly, this also means that children are exposed to cyberbullying.

Therefore, installing effective security software with parental control on all devices can help parents help their kids remain safe in the digital world. Children should learn to use a security system on their devices just like they learn to lock doors when they’re alone at home.

The use of parental monitoring tools is practically essential for making sure your children are protected. It monitors what kids write and what they do on their computers, tablets, and smartphones. Although you can do this by looking over their shoulders, this is much easier to do today, thanks to technology. An accomplished and efficient parental monitoring app like Fenced.ai, Bark.us, Kaspersky Safe Kids can act as a highly amicable tool to help you protect your kids from being cyberbullied.

How Do Parental Monitoring Apps Helps To Prevent Cyberbullying

Listed below are a few applications that provide monitoring functions of their own.

Qustodio – Best All in One Parental Control

How to use parental monitoring apps to prevent cyberbullying

We should begin by saying that prohibition is something you should not do with your children. In situations where cyberbullying is present from the start, the minor may want to remain silent if they are prohibited access to the devices. Parenting should be characterized by calmness and alertness, not restriction.

A kid’s phone book can be blocked from seeing suspicious contacts, certain apps can be restricted, texts and emails can be monitored, and locating them can be done through GPS tracking. As evidence when reporting cyberbullying, you can also see and use the multimedia files that bullies send to your child. It is also possible to set triggering words for your kid and receive notifications every time your kid sends or receives a message containing these words.

Cyberbullying can be prevented even before it happens when you monitor your children’s online activity with these programs. As soon as your child is the victim of cyberbullying, block the offender, preserve all evidence, take screenshots, take notes, print out text messages, etc. Cyberbullying can and should be dealt with by involving the child’s parent. Involving parents can immediately stop the behavior.

Parents never want their kids to hurt others, but if a child is being bullied, they are indeed being bullied by someone else. And that child most probably has a loving parent as well. If you find out that your child is a bully, getting them to stop bullying is the first step, but you shouldn’t overreact. Tell them you know what they’re up to and make them understand the implications of their actions. So, a parental monitoring app can’t just help you stop your kid from being bullied but also prevent them from being a bully themselves.

It is never a bad thing to have a lot of information about our children’s online activities. New platforms are popping up all the time, so knowing the ones your child is using is the best way to keep them safe.

In the internet-active age groups, including teenagers and pre-teens, cyberbullying is an incredibly prevalent problem. Bullies are rude, violent, unrelenting, and mean people. Learn what social media platforms your child uses and educate yourself on the many types of cyberbullying that exist. Arm yourself with information when attempting to prevent cyberbullying.

It is not uncommon for parents to be concerned their children are being cyberbullied, being targeted in some way, or simply overusing or otherwise abusing their technology privileges. As you remind them, access and use are privileges, not rights, and with those privileges come responsibilities.

Our children suffer when they are hurt, and we naturally want the pain to stop as soon as possible. Slowing down and listening is almost always best, as this can lead to a victim’s healing. Children, at least, expect it, and it illustrates our respect for them, helps them understand what happened, learn from it, gain more resilience, and regain the dignity that they felt taken away from them.