What a Black Hole Picture Can Teach Us 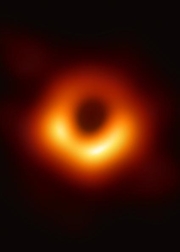 It was back in 2019 when scientists joined forces to produce the first ever picture of a black hole.  Now they’ve done it again using the same technology.  This new block hole discovery is not as big as the first one, yet it’s a lot closer to us. It’s at the center of our Milky Way Galaxy and is only 26,000 light-years away.

There’s no need to worry however, 26,000 light-years means that if you traveled at the speed of light in a space ship, it would take you 26,000 earth years to get there.  The first black hole picture was called M87 and is 55 million light-years away. It’s staggering to the mind.  Still, this latest picture of a black hole is no less amazing, especially with it existing in our own galaxy, which is just one of billions of galaxies throughout the world.

As long as we walk this earth, one thing we should all discover is this. The more you know, the more you know you don’t know. That’s a quote from Aristotle, the Greek philosopher who lived over 2300 years ago. It basically means that no matter how much we learn in school as kids and later in life as adults, we’ll find there’s always more to learn about everything.

If we decide that we know everything there is to know and stop being opening to learning, we become ignorant and miss out so much that our wonderful world has to teach us.

As smart as Aristotle was, many things have been discovered in the hundreds of years since he lived. Many great philosophers and scientists have followed, and each one as built upon the knowledge of people who have gone before them.

The First Picture of a Black Hole

With the two recent achievements by the world’s greatest scientists of our day to create real pictures of a block hole, we never cease to be amazed by incredible discoveries in space.  The first black hole discover confirmed many theories about the existence of black holes and how they work. It also proved that Albert Einstein was right about his Theory of General Relativity regarding the relationship between space and time.

With every new scientific discover and achievement we expand upon our knowledge. Each scientist builds upon the knowledge of those who went before them.

The pictures also prove that recent scientific calculations about black holes were correct. These discoveries, however, are more than a story about the advancement of technology that allowed humans to see an actual black hole for the first time. It’s also a story of how many scientists from all over the world worked together for many years to achieve this great feat.

For one, just to make the now famous black hole picture took many observatories from all over the world working together to create one virtual telescope the size of our earth.

How Far Away is the Photographed Black Hole?

The image we see of the block hole is like looking into the past. It’s light that started a journey to planet earth millions of years ago. Light from our sun takes an average of 8 minutes and 20 seconds.

The first black hole discover was named Powehi, which means ‘adorned fathomless dark creation’. Black holes have always fascinated scientists and students of astronomy because a black hole actually isn’t a hole. It’s a place in space containing a lot of matter closely packed together. It has accumulated so much gravity, that not even light can escape it. Therefore, it’s always black, even if it sucked our sun into it. And the black hole Powehi could easily do that because it’s about the same size as our entire solar system.

More Discoveries Yet to Come

While the first picture of a real black hole confirms many theories that were calculated using mathematics, (see NASA Education’s Black Hole Math the Students), scientists are the first to point out that this great discovery is the beginning of many more discoveries yet to come.

Producing the black hole image took over 200 scientists working together from all over the world. They all would be the first to tell you that as much as we know about the Universe, there is so much more we don’t know.

The lessons we learn from the first image of a black hole are many. One important lesson is to always keep learning. You never know what amazing discovery you will find.

How New Discoveries Change Our Perception of Space

Black holes are relativity new to us.  Even Einstein was not certain that they even existed.  Now there is proof of it because we have a picture to look at.   The study of planets and the proof they exist has been going on for hundred’s of years.  Still, ideas and scientific theories change.  Here’s an example of that.

Poor Little Pluto is no longer considered a planet.

Why Pluto is No Longer a Planet