Social Media Safety Tips are Not Only for Kids 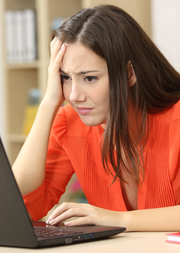 Kids sometimes feel insulted or frustrated when always warned by adults about the dangers of social media. They shouldn’t be. Just because someone has more life experience and education doesn’t mean they won’t make stupid mistakes on social media.

The Internet is full of frightening and sometimes laughable stories about adults who should know better getting in serious trouble over social media activity.

Young adults with high enough marks to apply for college will probably find that their social media history could prevent them from higher education. Admissions officers at universities and colleges commonly read a candidate’s Facebook page before deciding to accept his or her application.

Some goes as far as to search for candidate’s who have been tagged by friends to see pictures of that candidate’s behavior.

Rude and mean behavior isn’t all that recruiters look for; some potential students have lost athletic scholarships valuing in the hundreds of thousands of dollars because they posted pictures of injuries which scared off sports recruiters.

The scrutiny continues when adults apply for work. An on-line site published by Time Magazine reported that 93% of businesses check out an applicant’s tweets and posts before offering the person a job. Any behavior that reflects poorly on a company will tend to have a resume tossed to the side.

Even adult with good, solid jobs have to be careful on-line. People have lost their jobs because bosses saw posts critical to the business. Workers have been fired or reprimanded when bosses spotted posts that were made during work hours or found tweets where employees complained about their jobs in off-work hours.

You don’t even have to post words or pictures for social media to get into trouble.

In 2015, an Australian woman had a real-life dispute with a co-worker in her office. She later went home and unfriended the co-worker. A job-place tribunal found the woman guilty of cyberbullying—all because she hit the unfriend button.

Adults are absolutely correct when they lecture kids about being smart with social media. With more experience in dealing with life and the world, adults have a better grasp of dangers that lurk on-line. Yet all that experience and knowledge can’t prevent adults from getting into trouble with posts and tweets.

Regardless of age or education, anyone can get into trouble or be personally damaged by a simple slip on social media.

Is Your Social Media Profile the Real You?

Think back to when you made your social media profile. You typed in your age, some basic information about yourself, the music you liked and the movies you enjoyed. This became part of the You that the world could see on line anytime. And, chances are, that ‘You’ isn’t totally real.

Recent studies have found that most Facebook users misrepresent at least some part of their profile. One common bit of information likely to be untrue is the user’s age. Young users tend to make themselves out to be older than they really are.

In many instances, these profiles are done with parents’ permission and monitoring, allowing children to keep in touch with distant relatives and close, trusted friends. As these children get older, few change their ages back, preferring instead to be considered “older” and “more mature.” That means that you could be chatting with someone you think is, say, 18, when that boy or girl could be only fifteen, if not younger.

Some people give themselves a younger age. This can be vanity–or a way to make a younger person feel more comfortable talking to them online. By appearing younger in a Facebook profile, little children are more likely to share plans and activities, helping make them an easy target for predators, who more than likely may have a totally fake social media profile.

Another way people are likely to misrepresent themselves on social media is by downplaying negative parts of their lives and exaggerating the good stuff. This is easy to understand. Many people are embarrassed to tell others when life doesn’t go their way. All of us want others to think the best of us and look at us in a good light. Posts may never present us in the real moment when we are not dressed in the latest fashion.

Suppose that you raved on Facebook about how well a team try-out or a date went, when in reality you feel disappointed. Your friends might congratulate you, which could make you feel even worse when you don’t make the team.

In reality, your life is your business. Being completely honest about every little feeling you have can be wearing on both you and your friends. Imagine posting every thought, every move, every activity and every little thing you do, from washing your face to putting on your shoes. You decide what is important enough to post.

Many people make a habit out of keeping their social media simple and basic. They post birthday messages and social activities that are already common knowledge. Personal information is shared only with personal, real friends. After all, what you do in your real life is the real you.

* READ our recent article on NIMBLE NUMBERS. After reading that, you might find yourself asking about how truthful the 80% number is. The question you should be asking is, “Where did that number come from?” In this case, the 80% figure came from a Consumer Report survey published on pcworld.com, both sources known for being fair and accurate.