VPN Explained for Dummies | Is a VPN Necessary? 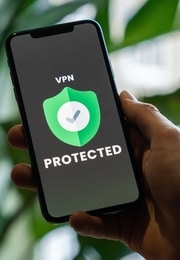 Ok, you’re not a dummy.  This is simply an article that explains VPNs in simple terms.  VPN services are not well known to the average person. For those who are aware of what they do, VPN services are often given a bad rap. We’ll explore and answer questions and concerns. We’ll also define what a VPN does and look at the online safety benefits.

VPN is short for Virtual Private Network.  It’s main security function is privacy protection. The privacy obtained through this private network is one of the reasons VPN’s get a bad name. However, when it comes to cyber security, personal privacy protection is a cornerstone of Internet safety. The need for effective solutions is growing.

A VPN hides your location and makes it look like you are located somewhere other than your actual location.  You can choose the country and available locations within that country that you want it to appear you are accessing the Internet from.  One of the most practical places you would want to hide you location is when surfing public WiFi.  There are security risks regarding your personal information when logging on to public WiFi.  Firstly, never log on to a public WiFi unless there is an official verification of you as a user.   For example, when logging on to WiFi, such as an airport’s official free WiFi service, it will ask you to agree to certain terms.  This identifies yourself to the airport WiFi providers as well.  It also identifies others using the service.

This still won’t stop hackers from being able to anonymously spy on your lap top of phone.  Using a VPN will hide you from potential hackers who may be sitting just a few feet away from you.  The same is true for public Wifi in libraries and hotels. Most hotels require a password, which make it a little more secure but it’s still no match for a hacker who wants to hijack your laptop or mobile device.  If you are using public WiFi without a VPN, you should restrict your internet usage to activity that does not involve logging into personal accounts, such as banking.

Why Do VPN’s Get a Bad Rap?

If a VPN hides your location, then the assumption is that you are going to do something illegal.  True, VPN’s may be used by criminals who do not want authorities to see what they are doing online.  There are other activities that VPN’s are used for that are not necessarily illegal or have drastic legal ramifications, but many deem them as unethical.  These include streaming services such as NetFlix, Disney Plus, and Amazon Prime.  Streaming services only have the rights to show certain movies and TV shows in particular countries according to agreements with the copyright owners of that material.  If you pretend to be from a different country, would would gain access to entertainment that normally is not allowed in your country.

Additional Uses of a VPN

There are other legitimate reasons people want to sign up for a VPN on their computer, lap top or mobile phone.  We mentioned protection while using public WiFi already.  Here are a few more.

If you live in a fully democratic country, you will be enjoying freedom to speak your mind or write about thoughts and ideas without suppression or persecution from your government.  There are countries that limit this in different ways.  These include; totalitarian regimes and communist countries that are highly restrictive, failed states and countries of great political unrest, as well as seudo democracies that suppress political opposition and limit access to information to control it’s citizens.

These countries also block legitimate websites to keep people from reading ‘fact based’ news, as opposed to state propaganda. They censor information online and there can be great consequences for journalists and bloggers who seek to expose government injustice and stand up a free and open society.  Even a regular citizen in a restrictive country can go to jail for posting a protest message on social media.  For these reasons, a VPN can protect individuals from being located and charged with doing something that is illegal in their own country, but is highly regarded as noble and just in a democratic country.

This is a scary one.  Swatting is when a fellow gamer online reports your to local police in your area and commits a most horrendous prank.  Or they may do it to get back at you for beating them at a game or just to be mean.  They will call the SWAT team to your home claiming there is hostage taking or that someone has a gun and threatening people.  The unbeknownst gamer in your family and anyone else at home is shocked when SWAT (Special Weapons And Tactics) shows up and hauls everyone out of your home in handcuffs.  Sometimes the outcomes of a swatting call are much worse.

The FBI reports that there are over 400 cases of swatting in the USA every year.  New technology has evolved that has expanded swatting from the home to public areas.  A VPN protects gamers at home and anyone out in public.  Video game players with a VPN turned on can rest easy.  If they get on the bad side of another gamer half way around the world, those bad eggs won’t be able to detect where you live.

Your internet service provider (ISP) collects your data and can often sell your personal information for advertising purposes.  This is legal but many protest that this is an invasion of privacy.  Most people are not concerned about it because internet service providers are not out to hurt you.  Though the threat does not appear imminent, your private information is still exposed to third parties.  Opening a new private window in your browser, also known as incognito mode, is not as secure as you think.  It does not hide your personal information from your IPS.  It merely blocks cookies from being saved and prevents websites from collecting your data as a user.  This can help you save money while shopping (more about that in our next point) but it does not provide full privacy. 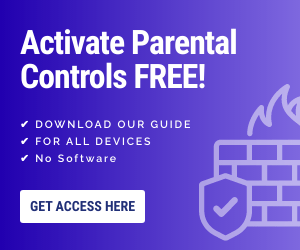 As alluded to in the previous paragraph, you can activate privacy mode in your browser to ensure you are not overpaying for products. This is especially true for airlines.  They want air travelers to pay the highest price possible for a plane ticket.  They will increase prices for customers they think will pay more and also reduce prices for those who are only willing to pay less.  Hiding your location and private information results keeps these websites in the dark about browsing history and buying habits.  For this reason, using a VPN for online shopping does a much better job of protecting you from over paying for products and services.

It also allows you to shop more easily while away from home.  Let’s say you are in another country and want to buy a product to be shipped to you by the time you return home.  Setting your location to your home country will allow you to shop as if you were there and not be subjected to different prices or shipping restrictions because the website thinks you are a foreigner.

Apart from the legal and seemingly innocent tracking that websites and internet service providers do while you are surfing the web, we can’t forget about the risk of being hacked.  Every home should have a proper firewall set up and every computer should be running proper Internet security.  Regardless of these protections however, hacking of your computer and the stealing of your private information can still occur at home.  A VPN hides your location so a hacker can’t find you.

We would not say that getting a VPN is a primary solution if a child is being cyberbullied. If you are having a serious problem and threats are involved, call your local police.  In extreme cases, having a VPN even for a short time can prevent bullies from finding out where you live until bullying issues are resolved.  The same is true for online predators.  Proper guidance and parental controls go a long way to protect kids online, but if you are dealing with a situation where a predictor may be attempting to stalk your child at home or at school, a VPN will stop that.

Most businesses do not have a lot of extra dollars to hire full time IT personal to protect their data.  A monthly subscription to a VPN is relatively affordable and manageable within a companies budget.  Businesses big and small will have 24/7 privacy protection that anti-virus and malware programs can’t provide.  Hackers need an IP address to hack any home or office.  This is cludes hacking Microsoft 365 accounts.  Also, consider all your employees traveling the world and putting company data a risk.  Another benefit while traveling is the ability to access company files in countries where the internet is restricted.  Businesses can connect their VPN to the good router where all employees can use the service with only one account.

Is a VPN Necessary?

Unfortunately, even though human rights have grown in democratic countries in many ways, a lack of privacy seems to be diminishing.  Or at least we are just become more are of the need to deal with these privacy issues since it has been in the news a lot lately.  The fight is on in developed nations to push back against the invasion of privacy that Internet companies, various websites and even social media platforms use to influence users and increase profits.  Laws need to be strengthened to make protection universal.

What is discouraging however, is the increased restrictions in old regimes.  While social media networks have been accused lately of neglecting the privacy of it’s users, no one can deny what a great tool it has been for people in corrupt countries to band together and oppose their governments for freedom that many of us take for granted.  This was first seen with the Arab Spring.  Today, oppressive countries are clamping down even harder to restrict their citizens from the having the freedom of ideas and communication that the growing power the Internet brings.

Even with proper laws in place for privacy protection, the world will always need Virtual Private Networks (VPNs) as long as there are hackers, predators and corrupt governments in power. Software companies and computer hardware manufactures will continue to improve security to make your personal data more secure.  Using an SSL proxy is another solution, but it is much more complicated to implement.  Subscribing to a VPN that hides your location is the best user friendly option to complete protection from everything we’ve mentioned in this article.

Is a VPN is right for you?  Explore Download Options for Your Device.

5 Reasons to Sign your Kids Up for Online Spanish Classes »
« Does my Family Need Parental Control Software? 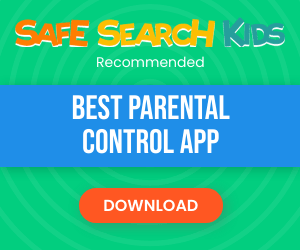