How to Tell If Your Child is Involved in Cyberbullying 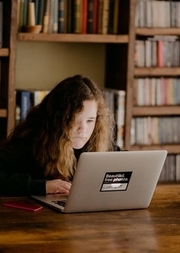 If you keep up with the news, then you’re all too familiar with stories about cyberbullying. As a parent, you might be concerned that your child could become a victim of online bullying. Equally worrying is the possibility that your child is a cyberbully.

You want to protect your child from the dangers of the world and that includes cyberbullying. Even if you don’t consider yourself internet savvy, you can still familiarize yourself with the indicators for if your child is bullying other children online or if they’re the target of cyberbullying. Since your child may not even know what counts as cyberbullying, stay vigilant for any signs that they may be involved in online bullying.

The Dangers of Cyberbullying

To start, the definition of cyberbullying is using technology such as social media to deliberately and repeatedly harass, threaten, and humiliate another person. Online bullying can range from someone spreading rumors online and creating fake social media profiles to sending mean texts or emails. Your son or daughter might not come home from school with a black eye, but online bullying can be just as damaging as physical bullying.

Because cyberbullying is a relatively new phenomenon since it’s directly related to the rise of the internet, there isn’t much research available regarding its long-term effects. But, psychologists agree that being the victim of traditional bullying puts a child at risk for anxiety and depression as well as decreases their ability to concentrate in school. Individuals who experience emotional trauma as children or adolescents can carry that stress and anguish well into adulthood.

The victims of bullying aren’t the only ones who suffer. Bullies themselves endure long-term consequences. Unlike their well-adjusted peers, bullies often don’t learn essential life skills such as the ability to compromise and negotiate. Children who never grasp how to work with others could have trouble forming healthy relationships as an adult and may even be more likely to engage in criminal activity. For both bullies and victims, cyberbullying can lead to mental health issues in children.

How to Tell If Your Child Is the Victim of Cyberbullying

Often, children are reluctant to tell their parents that someone is bullying them. In the case of cyberbullying, kids sometimes don’t even realize that they’re being bullied. Since there is a good chance your child won’t come forward themselves, you should know how to tell if your child is the victim of online bullying.  Beside behavioral signs, there are parental apps that can assisting you in actively monitoring cyberbullying activity.

Children with learning or thinking differences could be at a higher risk of being cyberbullied. Signs to watch out for include sudden changes in their computer usage, not wanting to use the computer in common spaces, and changing the screen when you’re around. If your child seems nervous or on edge when they receive a message, text, or email, someone might be bullying them online.

Your child expressing feelings of loneliness or saying something along the lines of “I have no friends” could also indicate they are the victim of cyberbullying. Finally, if your child becomes withdrawn and doesn’t want to go to school, there’s likely an issue that requires your attention. Encourage them to turn off social media, and on your own, research the school’s cyberbullying policies. Depending on the severity of the situation, you may need to involve other parents, the school, and possibly law enforcement.

Signs Your Child Is a Cyberbully

Being the victim isn’t the only way your child can be involved in cyberbullying. They could be the one doing the online bullying. Your first instinct might be to shut your eyes and cover your ears and deny that your child could ever do such a thing, but ignoring the problem only serves to deny your child the chance to change their behavior and learn from what they’ve done. You can’t teach your child not to be a cyberbully if you ignore the signs that they are one.

Furthermore, failing to recognize your child’s actions could mean that you’re overlooking underlying issues. Keep in mind that cyberbullying is even more common among older teenagers (14-18). They might be cyberbullying in retaliation or feeling pressure to follow the lead of someone in their peer group and simply acting as a cyberbully bystander. It’s possible that online bullying is their way of handling a bigger stressor such as divorce or changing schools. You’ll never get to the bottom of the issue if you don’t first see the signs and confront the fact that your child is a cyberbully.

One major indicator that your child is involved in online bullying is if they’re unwilling to discuss or share information about their online accounts or activities. As with the victims of cyberbullying, increased secretiveness is a warning sign. If you’re suspicious, then enforce keeping devices in commonly used areas.

Whether your child is showing signs that they are a cyberbully or the target of cyberbullying, your first step in addressing the issue should be talking to your child. One way to start the conversation is to share your own experience with bullying. But, you won’t be able to have that all-important talk unless you’re able to tell if your child is involved in cyberbullying. Take time to familiarize yourself with the indicators, and then, make a point of staying vigilant. Cyberbullying can have serious consequences for both the victim and bully, so keep a watchful eye for any signs that your child is involved in online bullying.

Is Cyberbullying a Crime?

The School Comes First: Changing Your Neighborhood for Education »
« How to Protect My Family’s Finances from Hackers