History of DNA Testing in the Scientific World 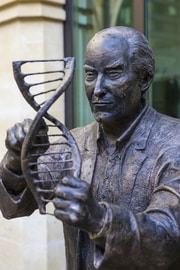 DNA (Deoxyribonucleic acid) is the molecule that carries the genetic information in our cells. It’s made up of four chemical building blocks: adenine (A), guanine (G), thymine (T), and cytosine (C).  These building blocks make up what is known as our genetic code.  DNA is made up of two strands – these twisted strands form a double helix that looks like a ladder.

This ladder lets your cells read its genetic code to know how to build proteins – the molecules that do all of your body’s work!

Thanks to the advanced yet cheapest DNA test, we can identify variations to our genes that help us predict the risk of diseases, what future facial features will look like, the likelihood of passing on hereditary disorders, or even if we’re predisposed to any cancer.

Furthermore, based on the above findings, the testing also helps make favorable lifestyle changes to avoid the occurrence of these diseases.

What do you mean by Genetic science?

Genetic science is a scientific study focusing on genes and how they affect our physical characteristics.

It can be used to determine possible diseases or disorders and identify an individual’s ancestry or when a person’s relatives lived. In addition, genetic scientists can analyze DNA samples from any organism, including plants and animals. Genetic science has been used to create vaccines for diseases such as polio and measles.

There are two main areas of genetic science. Also known as “human genetics,” it focuses on aspects of human life such as inherited traits, being able to predict the outcome of a pregnancy based on prenatal screening (amniocentesis), and preventing hereditary disease.

The second area, known as “microbial genetics,” is all about how bacteria and other microbes evolve, interact with humans and help us fight illnesses like cancer, among other things.

DNA is the building block of life. It determines all of our physical characteristics, including eye color and height. However, DNA and genetics are relatively new. DNA was discovered in the 1950s but dated back to the 1860s.

Friedrich Miescher, a Swiss pharmacist, discovered the nucleus (later known as a nucleic acid) in white cells or tissues while attempting to confirm the protein element in leukocytes.

Scientists have made several important discoveries about genes, including that they are made of DNA. In addition, in the 1950s and 1960s, scientists began examining the chemical composition of living organisms and uncovered a rich hierarchy of biological molecules, including amino acids, nucleotides, lipids, and carbohydrates.

Although many people believed that DNA was involved in genetics, it was not until later that scientists were able to confirm this hypothesis.

It was in 1953 that the double helix structure of DNA was discovered by James Watson and Francis Crick. Their achievement wouldn’t have been possible without the research and photographs of Dr. Rosalind Franklin.

With the latest DNA testing, we can uncover our ancestry. More recently still, scientists can find genetic markers that will influence your sports performance.

Before 1953, scientists thought that genes were made up of DNA, but they didn’t have any evidence to support their claim. In the same year, however, James Watson and Francis Crick published the discovery of DNA’s double helix structure. They also explained how the molecule’s molecular base pairs form the ‘code’ that makes up genes.

They created a DNA structure model using X-ray diffraction data from Maurice Wilkins and Rosalind Franklin. Then, in their publication in Nature in 1953, they explained how this structure could be replicated to create RNA strands from DNA strands so that the genetic code could be used to regulate cell reproduction.

From your simple cheek swab, scientists can deduce your risk of injury and your average recovery time – which means you can pinpoint what food suits you best and perform to the best of your ability.

How did the discovery of DNA in genes occur

To understand how scientists discovered genes were made up of DNA, we need to look back to the early 1900s, when geneticists started characterizing small features within DNA.

Fred Griffiths, a British scientist, worked with mice and pneumonia viruses in 1928. When he was evaluating the pneumonia virus, which is fatal to mice, he discovered that when he used two distinct genotypes, some genetic material got mixed up and killed the mice when it wasn’t meant to. This led him to believe that there was a separate element of DNA that was responsible for these changes, which became known as transduction.