7 Pro PUBG Tips and Tricks for New And Returning Players 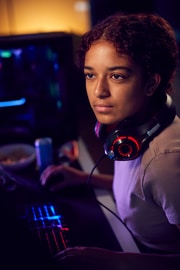 If you’re among the many Battle Royale gamers trying out a new game, or you’re simply new to the genre, be ready for a blast. This is because Player Unknown Battle Ground is somewhat different from what you’re used to playing. Instead of the aggression required in most of its kind, PUBG requires a more subtle and calmer approach toward survival.

So bumping into the game without a few survival tips to keep you alive can be very counterproductive. That’s why you must grab the 7 tips in this article to stay alive and even bag some wins. In the case of further challenges, you should try some PUBG hacks and cheats to wade through.

PUBG Tips and Tricks From Professionals

Gaining mastery of the map is one of the safest ways to sail through PUBG. This is because it familiarizes you with the game area, which shrinks steadily, risking players who stay outside it for too long.

Also, remember to keep an eye on the minimap to avoid being blown up in those random danger zones. More so, you may need to zoom in on the minimap towards the end of the match to get a better view.

Certain weapons serve best in different situations, and a good knowledge of this is highly beneficial. Also, you should know the kind of weapons to use together. For example, a pistol and a shotgun can be futile, whereas an SMG and an assault rifle make a great combination.

So we recommend that you use pistols and shotguns for short-range shots and leave the SMGs for enclosures. In a situation where you want to spit a long stream of bullets rapidly, go for the assault rifles.

Unlike other Battle Royale games, you may not need to kill any enemy before getting to the game’s final stages. The most important thing is that you stay alive till the final minutes where you have just a handful of enemies to kill. But if you want some gunfire thrills or familiarizing yourself with your weapons, you can go out shooting.

Many pro gamers adopt some really sneaky tactics. For example, some prefer hiding in a boat offshore behind cliffs where they’re most likely to have no one looking. Another way to stay calm is by using silencers on your weapon to avoid giving off your position, risking shots from opponents.

Where you land is crucial in determining how long you survive in PUBG. Since we repeatedly emphasize staying alive till the ending minutes of the game, we recommend you land a safe distance from them. Preferably far away from the plane flying path.

Also, try to land in a map area where you have the best loots. However, you need to be careful as your enemies also want the best loots and will head in that direction too. When this happens, you are trapped in a hot spot. So if you haven’t developed the hard shell to withstand such hostilities, steer clear.

In PUBG, you must be conscious that you’re dead when you die, especially in solo play. So, belonging to a team with teammates to look out for each other is valuable.

Thankfully, you can team up in groups of 2 to 4 in PUBG, so use that to your advantage. But, more importantly, communicate with your team members effectively.  Practice with friends also helps give your better aim no matter what game you are playing.

If you’re caught in a cross-fire or away from the play zone, it diminishes your health drastically. Generally reducing your chances of making it to the final stages. So we advise that you avoid hot zones and strive to stay within the play area.

Thankfully, you have energy drinks and painkillers, energy drinks, and adrenaline to help buy you some time. In a situation where you land far away from the play zone, you have a long run to make for your life. You will be thankful you had an energy drink handy to boost your speed.

Instead of just going about looking for hiding spots when you land, gather useful loots. Gearing up should be the topmost priority in the first minutes of the game. This reduces your risk of being defenseless if you run into an enemy who is only interested in bursting your brains.

The most valuable loots you should gather in the beginning stages include ammo, armor, some good guns, and medical items. You can find more sophisticated loots in certain locations, but ensure you are armed before going for them. This is because you may run into hostiles as other players are also on the hunt for them.

The tips above will keep you alive and even help you win in PUBG. Whether you are a newbie or a gamer interested in doing better in the game, you will find them generally useful. Also, always stick to the basics and never forget: PUBG is a game that needs you to survive. So, prepare a safe entrance, understand the battleground, never play alone, match your weapons smartly and stay healthy.