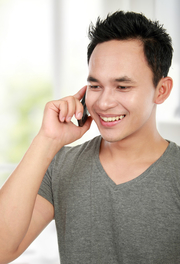 Once upon a time… kids would have to go outside to play a game with friends, get up to change the TV channel manually, and would have to walk 3 miles to school—uphill, both ways. A little further down the road, kids have access to newfangled technology and their parents are struggling to keep up with it all.

If you’re the parent of a teenager (or even an almost-teenager, tween) you may already be familiar with the pressure but still the the numbers are still shocking:

So if you haven’t been asked the following question yet… get ready, it’s coming very soon.

In all honesty, it becomes harder and harder to say no. We all remember being on the other end of “but everyone else has one!” and how frustrating it felt when your parents didn’t understand. So, we try to understand because we remember feeling excluded from their generation, and we don’t want to put our kids through that same torture.

Most parents will set forth ground rules similar to giving a child a puppy (remember when that was what they wanted?!). Here’s a sample:

Cell Phone Contract for a Teenager:

More specifically, I will never use this phone to:

– Send a mean or hurtful text. If I have a disagreement with somebody, we will talk face to face.

– Talk or text while driving.

– If I decide to put a lock screen on my phone, my parents will know the password or code. My parents will have access to all of my phone call history and text message history.

– {Parents} agree to respect my privacy and will only use their rights of access if I have shown suspicious behavior.

– I understand that this phone may be taken away if I am on it too much, or if I express negative behavior including talking back or failing to keep up with my chores.

– If my grades drop, I will lose this phone until I have brought my grades back up.

– If my phone has the ability to surf the internet, I will use a Safe Search Engine.

These are sample items that you may use or modify to create a cell phone contract with your teenager. However, it doesn’t stop there.

As parents of a teenager with a smart phone, you are responsible for:

• Restricting the amount of time your teenager spends on his or her phone. This includes calls, texts, and data usage.

• Encouraging activities that will draw your child or teenager back into the “real world” so (s)he is more attentive of his or her surroundings.

• Understanding the features on your child’s phone so you can answer questions and offer guidance.

• Understanding how your child is using their phone, so you can keep an eye out for suspicious behavior.

In the end, you are the parent. Unless your teenager has a job and is paying for his or her own phone and phone bill, you should have full control over the situation. Don’t be afraid to put your foot down and revoke– or deny– the privilege until your teenager shows full responsibility on their end.

Safe Internet Use on Smart Phones

*The ability to browse the internet (for tweens and teens that have access to the internet on their cell phone) opens up an entirely new area of safety concerns. Not only can kids search the web more discreetly, most parents do not view this activity as of much of a risk as they do allowing their kids to search on a regular computer. The fact is, the dangers are just as real and even worse when you consider that with a smart phone, kids can search the internet outside of the watchful eye of parents while using their cell phone in school.

We have a safe search tool for kids. It is an app version of safe search for phones that automatically ensures safe search is on.

Having your tweens and teens agree to use this version of search will automatically ensure safe filtering is always on. That said, you still need to set up guidelines that allow you to view history on their phone when needed, as well has having them promise to not delete their history knowing you may look at it. 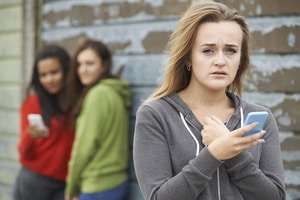