A Closer Look at the Evolution of Proxies 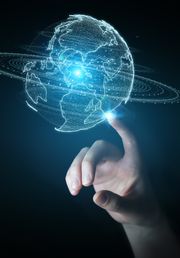 Proxies sit at the center of two separate networks and control data transfers from both sides. First-generation proxies were originally developed to support caching of frequently visited websites. As time passed, developers got more creative and informed, creating more reliable and functional proxies.

First-generation proxies still exist, but they can’t meet the demands and requirements of modern technology trends. Future-proof proxies meet the high needs for functionality while delivering exceptional speed and reliability.

Understanding the Evolution of Proxies

The history of proxies is not exclusively defined. There is little known info on the invention of proxy servers. However, computer and networking tech-savvy gurus link proxies to the 1970s when Bolt, Beranek, and Newman built the first internet network.

The growth trend has remained constant, with developers creating more promising proxies. Today, you can find proxy servers that support extension, customization, and ease of deployment. There are even programmable proxies capable of fulfilling high-end networking goals and functions. Here are the stages of evolution proxy servers have gone through.

The first proxy servers to ever penetrate the internet and networking industry were simple and less complicated. They just sat between external networks and local-area networks, offering a layer of functionality and safety. These first-generation proxies supported the sharing of single connections between different computer devices. They achieved such functions by sitting between the client app and the computer, where they accepted and forwarded commands.

Old-style proxy servers could bar, control and sanction specified communications within the client app and the external networks. The proxies’ most fundamental yet beneficial role was conserving bandwidth and boosting network efficiency. These old proxies needed individual configurations to connect to client programs, and this need was a hassle, to say the least. Although these proxies limited internet costs, the setup process was complex and demanding. That prompted the invention of superior proxy servers such as the Network Address Translation (NAT).

Modern proxies have features that support content caching to save bandwidth and speed up connections. The past-era proxies lacked the content caching feature, so you had to struggle with bandwidth and slow page load problems. Fortunately, hybrid proxy versions have high-end proxy servers and firewall features. The hybrid proxies feature the firewall and NAT features of the old and high-performing and efficient SOCKS5 configurations.

Developers have moved a step ahead to develop future-proof and reliable proxies. Naturally, proxy servers as individual products have a limited lifespan. Yes, modern-day SOCKS and proxies sit in restricted network environments powered by old operating systems. However, developers are continually inventing SOCKS and proxies powered by modern operating systems. The network environments where the future-proof proxies sit are now more extensive and accommodative.

Therefore, future-proof proxies have longer breadths and include all the needed authentication, content filtering, and caching functions. These proxies have advanced architecture and engineering aimed at preventing extinction. The modern proxies combine the old-style software firewalls with modern-day SOCKS, offering a secure and stable border between external and internal networks.

Like every other tech product, proxy servers have evolved significantly over the last few years. Today, the choice proxies at your disposal reinforce performance and internet security while steadying and shortening website load times. The traditional firewalls and proxies have not exhausted their usefulness but can lead to data leaks. Realize that there are hundreds of time-proven and effective proxy servers that can mask and add a layer of security to your connections. Read online proxy server reviews and testimonials to know which ones fit the bill.

How Browsing Fingerprinting is Used to Track You

What are the Benefits of Text to Speech Readers? »
« 5 Must-Know Tips to Help Keep Teens Safe on Twitter 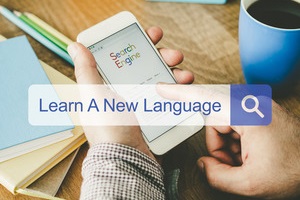