Top Tips for Kids to Have Fun With Science 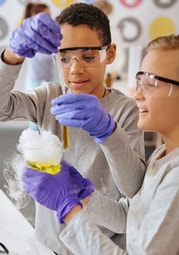 Kids are full of natural curiosity. For them, discovering the world is a constant source of wonder and awe that entices them ever further down the path of knowledge. That virtuous circle makes scientific exploration particularly fun and engaging for them.

We can’t simply let learners run full-tilt into scientific study, though. There are a few measures we need to take so that kids get the maximum benefit while still keeping them – and everything else safe.

These tips will let your learners marvel at the natural world without you worrying about them getting bored or accidentally harming themselves.

Those of us with a taste for nostalgia remember well the mid-20th Century chemistry sets and science kits that were so popular in those days. The boxes most often included the words ‘fully tested’ and ‘safe’ but the pictures of budding scientists showed one glaring omission: any type of safety gear.

If you look at pictures of chemistry sets from the 1950s and later, they often feature boys with test tubes held at eye level, pouring something into them. Not one of those scientists was shown wearing splash goggles and, should a mentor or teacher feature in the design, he wasn’t shown wearing any either.

Thankfully, television science programs made up for that oversight by always insisting that everyone wear safety gear. You should do the same thing.

At the very least, you should have gloves on hand, as well as splash goggles and protective clothing. Also, you should have a hand-wash station nearby and conduct experiments in a well-ventilated space.

Finally, if your scientist is on the younger side, always supervise the experiments, especially if they involve chemical reactions or fire.

Exciting science experiments don’t have to involve chemicals and it makes science easier for kids to understand.  There’s a whole range of demonstrations you could set up with ordinary household items.

Take the water glass experiment, for example. In your science study space, line your table with a waterproof cloth. Set up six to ten empty glasses, all the same size, and prepare a pitcher of water. You will also need various implements to tap each glass with: a pencil, a fork, a spoon and, if you have one, a nylon or silicone spatula.

While the glasses are empty, tap each implement against them and ask which ones render the clearest sounds. Eliminate those your student declares unfit for further experimentation.

Next, fill each glass with varying amounts of water. Have your scientists tap each one with the implement of their choice and comment on each glass’s sound, as well as how each sounds different from the others.

Note that the glasses should be made of glass; this experiment is far less satisfying when plastic cups are used.

Other fun experiments include the soap-and-pepper trick, the walking water experiment and the magic milk experiment.

Each time you conduct an experiment, ask your scientists what they predict the results will be before you tell them to put on their protective equipment and begin.

3. What Makes an Effective Science Lesson

Growing a lima bean sprout and turning a white carnation blue with a few drops of food coloring in its water are fun science activities but are they effective?

What can your scientists learn from such experiments? How do they learn from them?

Every time you launch such a learning session, you’re doing a lot of talking. You, the experiment leader, should narrate the experiment and ask open-end questions like “What do you think will happen?” and “What did you think about this experiment?”.

Likewise, your scientists should present their hypotheses, discuss their ideas and impressions and draw conclusions based on their observations.

The most important aspect of these experiments is not to observe phenomena but to learn how to think critically.

Sure, it’s a lot of fun to drop a Mento in a full cola bottle but fun is all that experiment is unless you and your scientists talk about what might happen and compare those ideas to what’s actually going on.

In short, effective science lessons are those that teach kids how to think critically and express their ideas.

As we move ever deeper into the digital world, hands-on science experiments become more challenging. The pivot to online learning has spurred more creativity on teachers’ parts to keep their students engaged.

Experimentation has moved from teacher-centric to student-driven. Some teachers assign ongoing projects and task students to record their observations and conclusions; perhaps turning their written papers in as homework.

Such assignments might range from experiments in food decomposition to measuring the bounce height of different types of balls. You might task students with a bit of drain maintenance by pouring baking soda in the sink or shower, followed by vinegar. In cold weather, students may witness and record instances of static electricity and learn how friction generates heat.

hen possible, encourage students to record their experiments in a short video so they can show their work.

5. Using Technology to Make it Interesting

Kids love to play games. Luckily, there are plenty of science-based games online, many of them at no cost.

It’s not enough to direct your students to learning-games websites, though. You still have to take the lead, either by asking questions and leading discussions or by supervising gameplay. The younger the student, the more direction and input they will need from you.

The wealth of scientific experiments that can be safely conducted outside of the classroom makes learning about science even more fun and engaging. Still, no matter how keen your learners are to witness reactions and record impressions, make sure they follow all safety rules at all times, no exceptions allowed.

Making use of online tools to enrich students’ science education is the next, logical step to teaching science, at home or in the classroom. You only need to make sure that students’ screen time stays within healthy limits and don’t forget to discuss what they learned as they played. 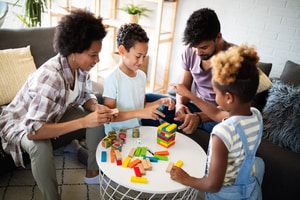 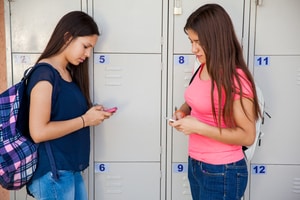