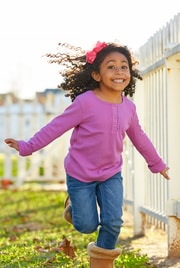 It seems like everybody has a Facebook page. You probably do, and you probably have a lot of “friends.” And your friends may have a lot of friends. But Facebook, as an Internet site, is losing friends. Studies from organizations and from Facebook itself have found that Facebook users are spending more and more time OFF Facebook.

When they are on Facebook, they aren’t as “engaged” as they used to be. Engaged is defined as when a user does something, for example, “liking” a post, responding to posts and uploading their own posts. Some don’t even go on Facebook anymore.

After years of being one of the world’s most popular social media platforms, Facebook has found that people are going to other social media platforms to visit with others. Some teenagers go on Snapchat or Instagram or privately message people. They go to Reddit to join in on heated discussions. Tik Tok is popular now, but not only for young people.  It seems many adults from Facebook are now on Tik Tok as well.

Comments online point to problems people have with Facebook. Some don’t like all the advertisements that pop up. Some don’t like that their profile information gets sold to big companies. Other people are upset that Facebook sometimes deletes posts that don’t agree with their philosophy.

Of course, Facebook is still strong. The company is worth billions of dollars, but not as much as it used to be. Its strength is slowing fading. The business is trying to get people interested in it again.

They’re sending out “memory” reminders and “friend anniversary” notifications, hoping people remember how much they used to enjoy Facebook. Many people find the notifications annoying. Luckily, they can turn that off. They can also enjoy other activities, which many are choosing to do.

Where is everybody who used to be on Facebook? Maybe they’re playing one-on-one in the gym or reading a book. Some are hanging out with their flesh and blood friends in the real world.

Why Adults are Dumping Social Media?

You love your computer. You enjoy playing games online. Maybe your Dad lets you post messages to your cousins using his social media page. You can’t wait until you get your own social media account. Don’t hold your breath. By the time you are old enough, social media won’t be the same!

In the last few months, people have become very angry with Facebook. Upset. Facebook took personal details about their lives and sold those details to make money. For many people, selling their information was an invasion of privacy. Imagine someone you don’t know sneaking into your bedroom and picking through your dresser drawers. That’s what many adults thought it felt like.

So many people were mad at Facebook that they closed and deleted their pages. Steve Wozniak, one of the men who started the company that makes Apple computers and iPhone, deleted his Facebook account. So did Elon Musk, the tech whiz who just launched a car into space. And so did Will Ferrell, the actor who played the main character in the Christmas movie ELF.

More importantly, almost 3 million young adults under the age of 25 stopped using Facebook. These people didn’t like their private information being used to make money for a gigantic company.

Most of the time, when your personal information is sold, it is used to try to sell you something or to sell something to your Facebook friends. This may not seem all that bad, but it means that all the facts of your life online are being examined by strangers. These strangers don’t care about you or your friends. They do care about making money. You are just how they make that money.

Another problem adults have with Facebook is that their information can be used to steal their identity. Identity theft is when someone takes another person’s personal details and applies for things like credit cards, bank accounts and money from the government. Identity thieves sometimes use the stolen identity to get mobile phone accounts and run up huge bills. They even steal the identity of little kids.

Many of those victims don’t know that their identities have been stolen because most little kids don’t apply for credit cards or file tax returns or any of the other things that alert people to identity theft. When the child grows up and does apply for a credit card, he or she may discover that they owe money all over the world. This can happen when private information is used by thieves. This is another reason that many adults are leaving Facebook.

Parents are also deciding if they should be following their children to other popular social media apps.  But do kids want their parents watching what they do on social media?  Regardless, millions of people around the world are deciding that Facebook isn’t the most popular places to be these days.   What about you?