Why Adults are Dumping Social Media 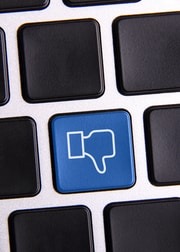 You love your computer. You enjoy playing games online. Maybe your Dad lets you post messages to your cousins using his social media page. You can’t wait until you get your own social media account. Don’t hold your breath. By the time you are old enough, social media won’t be the same!

In the last few weeks, people have become very angry with Facebook. upset. Facebook took personal details about their lives and sold those details to make money. For many people, selling their information was an invasion of privacy. Imagine someone you don’t know sneaking into your bedroom and picking through your dresser drawers. That’s what many adults thought it felt like.

So many people were mad at Facebook that they closed and deleted their pages. Steve Wozniak, one of the men who started the company that makes Apple computers and iPhone, deleted his Facebook account. So did Elon Musk, the tech whiz who just launched a car into space. And so did Will Ferrell, the actor who played the main character in the Christmas movie ELF.

More importantly, almost 3 million young adults under the age of 25 stopped using Facebook. These people didn’t like their private information being used to make money for a gigantic company.

Most of the time, when your personal information is sold, it is used to try to sell you something or to sell something to your Facebook friends. This may not seem all that bad, but it means that all the facts of your life online are being examined by strangers. These strangers don’t care about you or your friends. They do care about making money. You are just how they make that money.

Another problem adults have with Facebook is that their information can be used to steal their identity. Identity theft is when someone takes another person’s personal details and applies for things like credit cards, bank accounts and money from the government. Identity thieves sometimes use the stolen identity to get mobile phone accounts and run up huge bills. They even steal the identity of little kids.

Many of those victims don’t know that their identities have been stolen because most little kids don’t apply for credit cards or file tax returns or any of the other things that alert people to identity theft. When the child grows up and does apply for a credit card, he or she may discover that they owe money all over the world. This can happen when private information is used by thieves. This is another reason that many adults are leaving Facebook.

Millions of people around the world are deciding that Facebook doesn’t make their lives better. In some cases, Facebook makes their lives worse. Many still like seeing what other people are doing and like being “liked.” What about you?

Should You Interact with Your Child on Social Media? »
« A Letter from Your Computer 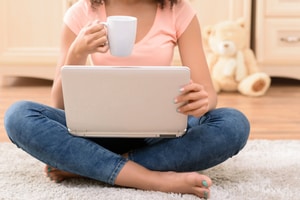