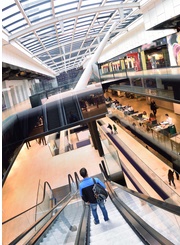 My odd friends are once again teaching me how what we think can sometimes fool us. Let me tell you about Rahim and Sandy. Rahim is a quiet, gentle guy and all the girls I know have a secret crush on him. The one with the biggest crush is Sandy. What put him in solid with her was when she saw him one afternoon at the mall.

A girl who was dressed kind of oddly was being bullied by a group of rude boys. Sandy, watching in the food court, saw Rahim stride up to the group and order the boys away from the girl who by this time was crying.

Rahim stood between the weeping girl and bullies until mall security came and escorted the boys away. Sandy watched as the guards thanked Rahim and the girl’s mother ran up to hug her girl.

Sandy texted me from the food court: “Rahim is awesome. He’s so strong and kind. I like him so much.”

I smiled and set my phone aside.

A busy week of school and sports and gossiping passed. Sandy spent every spare moment she could with Rahim. They took breaks together, went for slushies together and biked away from school together every day.

Sandy texted me: “I know we are just friends, but Rahim is the guy I see with me for a long time.”

The very next day after that text, Sandy saw a picture on social media of the bullied girl from the mall kissing Rahim on the cheek. In another picture, Rahim and mall-girl were sitting close to each other eating burgers and looking happy.

At this point, Sandy texted me: “How could I be so stupid. Rahim took advantage of a bullied girl and now is hanging with her.

He was only nice to her because she was so pretty. And all this week while he was hanging with me, he was also hanging out with this girl.

He must be one of those guys who needs lots of girlfriends to feel good about himself. I saw that in a movie last week.”

I rolled my eyes and turned off my phone.

Sandy does this all the time. Before the mall incident, Rahim is sweet and sensitive. After the mall, he’s the villain on a television show. Sandy is my friend and I’m going to have to talk with her about making assumptions. I need to tell her that mall-girl is Rahim’s cousin.

How to Recognize Malicious Apps on the App Store »
« What is Simple Wikipedia?