How Children of Single Parents Are Affected 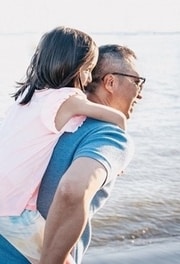 According to the U.S. Census Bureau, 27% of all families with children are headed by a single parent. Although children of single parents are less likely to be stigmatized, many are still at risk for certain economic, psychological, and development problems. But, it isn’t all negative.

No child is fated for a difficult life just because they’re raised by a single parent. However, children who grow up in a single parent household are more at risk for the following.

Children in single-parent homes are more vulnerable to economic shifts since only one family member can contribute to finances. Single parents may feel frightened, frustrated, or stressed by the difference between their lives and their friends, emotions that could rub off on the child.

Single parents can live a frugal lifestyle, automate their finances, and slowly build up savings to reduce economic hardships. By investing in life insurance for single parents you can cover various kinds of living expenses, such as education, household maintenance, and childcare.

Children of single parents are more likely to fall behind in school than their peers. They tend to get lower grades, act out, and have high rates of absenteeism. Drop-out rates, aggression, and anxiety are also more common in single parent homes, and the effects can be long-lasting.

There are a few ways single parents can minimize developmental problems. For one, they can develop a consistent parenting style that involves regular routines. Single parents who have or can develop a robust network of social support are better equipped at helping their children.

A study conducted in Sweden found that children from single-parent families had twice the incidence of depression, mental illnesses, and alcohol abuse problems when compared to two-parent homes. Feelings of guilt or abandonment are typical causes.

It’s possible to protect children from these risk factors by shielding them from parental conflict. Don’t ask children to take sides. Speak to children about why single-parenting is the best option for the family and pay attention to their feelings. Try to accentuate the positives of the situation.

A lot of media surrounding single parenting focuses on the negative, but there are several advantages of going solo. Being a single parent can offer several benefits to children.

Children are aware when something is off, even if parents hide the negative realities of their relationships. When children are aware that one of their parents is unhappy or being abused, they’ll often suffer from similar issues as they would growing up with a neglectful single parent.

However, single parents can minimize the effect this parenting style has on their children, but they can’t change how another person impacts their child. Therefore, it’s often better for parents to remove their children from this situation, so both parties can feel safer and more secure.

However, children of single parents often spend more positive interaction time with their mothers or fathers. Since single parents can reserve their love and attention strictly for their children, there’s a high possibility that they’ll develop a tight-knit bond with each other.

When children live in single-parent households, they’ll take on more responsibility. They quickly notice that their parent is busy juggling work and family, so they’ll either start doing household chores themselves or be asked to help out. Either way, they learn how to be more independent.