How Does Social Media Affect a Teen’s Body Image?

It is no secret that the impact that social media has on children is far beyond what we should allow. With platforms like Facebook, Instagram, and Twitter, teens can communicate with each other and share photos and thoughts instantly. But what is less known is how social media affects a teen’s body image.

In this blog post, we will explore the ways in which social media can influence teenagers’ perceptions of their own bodies. We will also discuss some tips for parents who want to help their children maintain a healthy body image in the age of social media.

How does social media affect teens? Learning what it does to their body image

Teen years are already a tough time for many kids. They’re navigating new emotions, trying to fit in with their peers, and figuring out who they are. On top of that, they’re bombarded with images of “perfect” bodies from the media. It’s no wonder that so many teenagers struggle with their body image. Now, a height of 5’8 isn’t that short for a guy, but most social media posts or adverts show guys that are 6ft+. The same goes for girls, most social media posts or adverts show women with perfect hourglass figures when the average size in the UK is actually a size 16. Although this might not seem like a big issue, we have to remember that teenagers see this on a daily basis. During the teenage years, the brain of the average person is still developing. So, when they see these “perfect” bodies on social media, it can have a profound effect on their brain development and how they see themselves.

It leads to a lot of comparisons

One of the primary ways social media negatively impacts a teen’s body image is by driving them to compare themselves against others. With an overabundance of images of so-called “perfect” bodies, it’s easy for teenagers to understandably start comparing their own appearance with what they see on social media. If they don’t stack up favorably, it often leads to feelings of shame, insecurity, and poor self-esteem. Constantly comparing their lives to the ‘perfect’ ones they see on social media, teenagers may feel like they don’t measure up in terms of looks, popularity, or success. And when they witness their peers achieving things that they haven’t accomplished yet, it can result in feelings of jealousy and insecurity.

It can cause eating disorders

Social media also takes a toll on a teen’s body image by causing or worsening eating disorders. Many teenagers feel immense pressure to have the “perfect” figure, which for some can lead to the development of anorexia, bulimia, crash dieting, or over-exercising. Not only does social media engender eating disorders, but it can also trigger those who are already struggling with their body image. Say someone with anorexia Views pictures of stick-thin celebrities or models on social media and compares themselves to those images. This might lead to a harmful pattern of restrictive eating and compulsive exercising.

It can cause body dysmorphia

It can be a gateway to mental illness

Social media is partly to blame for worsening mental health conditions such as anxiety and depression in teenagers. Studies have found that there is a relationship between time used on social media and subsequently developing mental health issues like loneliness, anxiety, or depression. It’s speculated that social media can cause or make worse certain mental health problems in numerous ways. For example, constant exposure to “perfect” lives can lead to feelings of envy and jealousy. In addition, social media can be a trigger for those who are already struggling with mental health problems. For example, someone with depression may spend hours scrolling through pictures of happy people on social media and comparing their own lives to those images. This constant comparison can lead to feelings of loneliness, inadequacy, and low self-esteem. 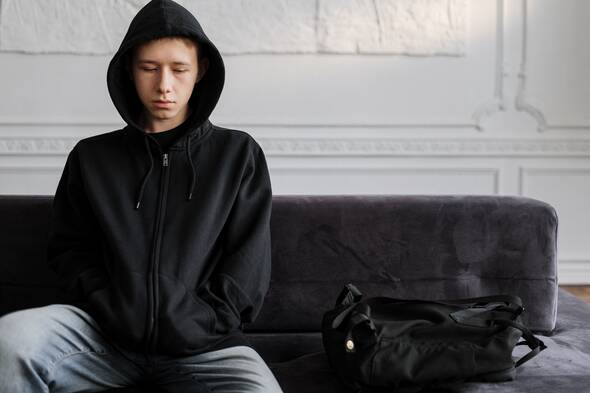 It can render development in teenagers

Some of the harsher impacts of social media on a teen’s body image are that it can stunt their emotional and physical development. For example, if a teenager is constantly comparing their own bodies to the “perfect” images they see on social media, they may start to believe that they need to either look or behave a certain way to be able to achieve the things they want in life. Furthermore, by making teenagers think that they will “never achieve this type of physique”, many teenagers can simply give up and not try at all. This then leads to a less active lifestyle and consequently can stunt their physical development as well.

It increases the risk of developing anxiety and depression

Although we did touch on this subject two paragraphs above, when speaking about depression and anxiety, it’s important to reiterate how detrimental social media can be to a teenager’s mental state. Social media plays a role in increasing the risk of developing anxiety and depression because it can be a trigger for those who are already struggling with mental health problems. For example, someone with depression may spend hours scrolling through pictures of happy people on social media and comparing their own lives to those images. This constant comparison can lead to feelings of loneliness, inadequacy, and low self-esteem.

Social media is not as bad as one might perceive it. However, because there are children on the platforms, it is our duty to ensure that we are not causing more harm than good. We need to have open discussions about the impact of social media on body image and mental health so that we can help our children develop healthy relationships with social media.