How to Become a Successful DevOps Engineer in Less Time 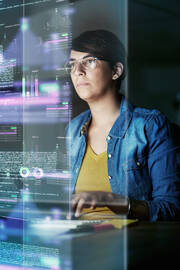 DevOps is both a culture and a way of working in which software developers and IT operations engineers collaborate within a single team to achieve a predetermined goal.  In older methods of developing software, software development and software operations were clearly separated.

The programmers were only marginally involved in the operation of the software they had developed, and they knew very little about its location or usage. In the meantime, those in charge of operations (known as sysadmins) had a limited understanding of what the software did and how it was developed, and they had to pray that it worked as intended.

You can become a DevOps Engineer regardless of your prior experience as a Developer, Operations professional, Quality Assurance specialist, or if you are a beginner. After the application’s code has been developed, a DevOps engineer is able to write code for it; however, they are also responsible for the application’s continuous automated build, deployment, and operations.

They collaborate with the business leaders and manage the workflow in its entirety to ensure the successful integration of the software with the automated processes. The best and fastest way to get into devops is to enroll in a devops engineer course and learn all the skills required.

In this article, let us try to break down the skillset and aspects that are essential for being a successful devops engineer.

Skills required for a career as a successful DevOps engineer

Certain skills are required to become a DevOps engineer and are therefore considered prerequisites. You do not need to possess all of these abilities immediately; rather, you can acquire some of them through experience. Don’t let the lengthy list overwhelm you. You can begin with one or two of the following, as appropriate:

For DevOps engineer positions, the level of competition and peer pressure is always high; therefore, if you want to advance in your career, you will need to exceed expectations. Being able to code in multiple languages, such as Python, Java, Ruby, or a similar language, can put you in a better position than working in a network or information technology alone. If necessary, you will be able to debug sections of code and resolve build and deployment errors, which will prevent the development lifecycle from cycling back and forth between development and deployment, thereby saving time and resources.

Understanding of network and storage systems

Because DevOps professionals manage a large number of servers, connections, data, and storage, they should be able to handle any network issues that may arise. This implies that they should be familiar with IT network and storage concepts. Working with real-time systems requires familiarity with various protocols, application programming interfaces (APIs), and capacity decisions to support the required infrastructure.

Because of this, a network engineer with prior experience in server maintenance can easily transition into a DevOps engineer position with minimal additional training. Prioritize the acquisition of scripting skills and familiarity with a variety of configuration and deployment tools. Familiarize yourself with Linux, OpenStack, and a public cloud service such as Azure or AWS in order to prepare. Continuous integration utilizing tools such as Jenkins and Kubernetes is yet another topic on which you should focus your long-term education.

For newly developed systems, the DevOps workflow is available. However, legacy systems require attention and should be quickly integrated into the DevOps world. These systems must be configured to be compliant, secure, scalable, and well-balanced. Additionally, they should have adequate backups. All of this should occur without disrupting any of the currently operating businesses. In a nutshell, it is necessary to automate the activities that were previously performed manually.

Puppet, Kubernetes, and Jenkins are three of the many available DevOps automation tools, but Puppet, Kubernetes, and Jenkins are the most popular. Ultimately, the DevOps process aims to automate as much of its work as possible. Starting with the generation of code, every single task must be automated, including building, testing, and deployment. In addition, monitoring and post-production testing were automated, enabling continuous integration and expediting the production of results.

To ensure the overall security of a DevOps environment, specific practices must be developed using a wide range of policies, strategies, and methods. The development, testing, build, deployment, and monitoring phases of the DevOps life cycle cannot be completed without security. There are risks associated with each successive phase. For example, the vast majority of deployments are conducted in a cloud environment; therefore, cloud security concerns must be addressed. Similarly, containers and the tools used to manage them, such as Docker, Kubernetes, etc., have their own vulnerabilities.

Virtualization refers to the execution of a virtual instance of a computer system in a layer that is separate from and abstracted from the actual hardware. Due to virtualization’s ability to partition a large system into several smaller ones, a server can be utilized by a greater number of users or applications with varying requirements.

In light of this, virtualization is an essential component of DevOps. Imagine we have the ability to virtualize the hardware and duplicate the existing network. This will facilitate collaboration and coordination between the development and operations (IT) teams. In addition, a simplified testing interface will be made available.

If you are familiar with agile methodologies, you are aware that their development process follows a pattern of incremental and iterative development. Software development includes both testing and development. DevOps represents a natural progression. In addition to testing the functionality of a product, testers are responsible for testing its operations, performance, and security, as well as the analysis of data and logs.

Competence in speaking and hearing

Finally, but by no means least, a successful DevOps engineer Chicago must have excellent communication skills. Due to his role as a mediator between the IT team and the development team, he is responsible for ensuring that both teams collaborate effectively. In addition, as a DevOps engineer, you will always be part of a large team, which will provide ample opportunities for interaction and discussion. Effective communication requires not only saying the right things at the right times but also in the right order. You can compete for any job if you possess this skill, not just the position of DevOps engineer.

Are Your Kids Mandated To Have Health Insurance? »
« Navigating Smart Technology in the Home