The History of Valentine’s Day for Students 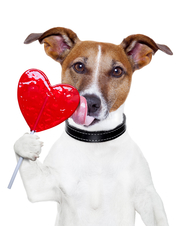 Valentine’s Day is a time to celebrate love and friendship and the joy of having other people in your life. It’s a day of flowers, candy and cards decorated with hearts. This special day’s origin, though, is not so rosy.

There are many theories on how Valentine’s Day began, but the most noted one begins in Rome in the year 268. Emperor Claudius II wanted a fierce team of young men to fight in his armies. He found that when young men are in love or sharing their lives with a wife and children, they tended to be more cautious.

To insure large numbers of soldiers for his armies, Claudius outlawed marriage for those young men.

Claudius may have outlawed love, but he could not stop it. Young men and women still fell in love and wanted to become couples in the eyes of the church. A brave—and obviously romantic—priest named Valentine thought the law was horribly unjust.

Putting his life in danger, Valentine continued performing marriage ceremonies, doing so in secret and hidden from the eyes of authorities.

Still, news of Valentine’s secret ceremonies made its way back to Claudius. The priest was found and put to death on, as some versions state, on February 14th. Centuries later, the Catholic Church made that kindly priest a saint, one of three saints named “Valentine.”

No one knows exactly when St. Valentine’s Day was first celebrated, but there is a poem in existence that is considered to be the first ever written Valentine’s Day card.  It was sent from a prisoner in the Tower of London to his wife in the year 1415.

Since for me you were born too soon,

And I for you was born too late.

God forgives him who has estranged

Me from you for the whole year.

I am already sick of love,

Today, greeting card companies estimate that over a billion cards of love and affection are sent each St. Valentine’s Day. It is perhaps second only to Mother’s Day as one of the most popular celebrations of the year that results in the sale of flowers and cards.

While Valentine is a Catholic Christian saint, his death and the tradition of love that he created is celebrated world-wide by people of all religions. People send cards, flowers and candy in counties many countries around the world.

Some countries have banned St. Valentine’s Day, but people in love show the courage of the doomed priest by celebrating the occasion. Repressive governments may confiscate all of the red roses available in the country. Still, no one can ever halt the flow of love and affection.

Today’s click-and-post culture is tossing aside many old traditions and rules. Still, the history of Valentine’s Day lives on annually every February 14th in a worldwide celebration of love.

Happy St. Valentine’s Day. Tell everyone in your heart how much they mean to you. And remember when you sign those cards how love and friendship lives on, even in the face of adversity.

Learn more history, including Father’s Day and the history of Thanksgiving.

Share this history of Valentine’s Day with other students