How Cyberbullying Affects Your Child’s Psyche 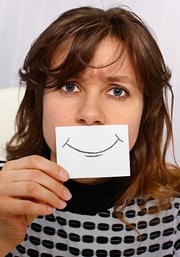 Cyberbullying is one of the most common causes of emotional stress not only among children but also teenagers and even adults. Children that are bullied online experience stress, anxiety, and even depression. They have low self-esteem, lower grades, and may even feel physical pain.

The mental bullying definition, according to officials, is the following: it is a form of bullying which takes place via smartphones, tablets, and computers. It happens through text messages, social media accounts, forums, and video games where youngsters share information and communicate. Cyberbullying means sharing harmful and negative information about a person, including data that may cause embarrassment.

In this article, we will discuss the signs of online harassment, its consequences, as well as apps that prevent cyberbullying and other effective measures.

Signs that your child is being bullied online

Most children don’t tell their parents about being bullied, so it is important for adults to understand what signs may indicate the problem. A child may be cyberbullied if:

How this may impact a child’s psyche

You already know what cyberbullying is and what signs to look for. But what can cyberbullying cause? Is it a minor problem or a serious issue that requires our attention? Below we are going to discuss the emotions that cyberbullied children experience. And some of them are extremely dangerous.

Cyberbullying takes place on the Internet, so if something is published online, it stays there for ages. That is why children feel exposed and can’t get rid of the feelings of being humiliated.

When the bullying takes place, messages and posts can be shared by others, and the more people know about the situation, the more difficult it is for a child to cope with the situation.

Cyberbullying victims feel powerless and unsafe. This happens because online bullying reaches them anywhere they are: at home, at school, or even in a supermarket. They are reached via a smartphone or a computer 24/7. That is why the child doesn’t have a place to hide, and it feels that the bullying will never end.

Unfortunately, rather often, online bullies are anonymous, so children may experience additional stress and fear. And they don’t know how to cope with the feeling of powerlessness.

As a rule, bullies attack the most vulnerable ones, so the victims already feel that they are not worth the love and attention. Most bullies trigger others by saying that they worth nothing and don’t have any value.

Unfortunately, these feelings may lead to disastrous consequences. For example, if a kid is called fat, they might use harsh diets and harm their health. Or try and change their appearance to look more attractive. Some children refuse to go to school or even to leave their homes because they feel useless and don’t see a point in communicating, studying, or even living.

Many children and teenagers that are bullied feel excluded at schools and colleges. They often feel alone and not knowing who to turn to. At this age, friends are extremely important, and their absence leads to even more bullying and stress.

When cyberbullying happens, children are usually advised to close their social media accounts and turn off computers at least for a while. However, this leads to even more isolation because, for children, it is extremely important to communicate with their friends and stay updated on the things happening around them.

In some cases, cyberbullying makes children very angry, and they start searching for a way to harm the bully in return. This emotion is one of the most harmful consequences of bullying because the child is locked in negative emotions, which can do significant harm. It’s best to forgive another person than to be angry all the time.

Psychosomatics proves that emotional state may influence your physical health. Cyberbullied children often complain of headaches and other physical symptoms. Stress can also lead to problems with the stomach, skin, and whatnot.

A common impact of cyberbullying is troubled with sleep and nutrition. Children have nightmares and insomnia. They may also skip meals or even stop eating at all. These conditions are extremely harmful and can lead to negative consequences in the long run.

That is why it is so important for parents to be attentive to their children and notice any changes in sleeping and eating habits, as well as other physicals signs of mental problems.

Cyberbullied children look at the world differently, and they lose meaning in the things that support them. They no longer enjoy their hobbies and spend less time with their friends and relatives. This only contributes to depression and leads to irreversible consequences.

Bullying victims are disinterested during classes; they are not motivated to get high grades and perform well. They skip school not to dace bullies or because they feel embarrassed and think that everyone in the school knows about the situation.

Stress and worries cause a lack of concentration, which results in poor grades. In the long run, this may lead to dropping out of school or even losing interest in entering college. As you see, such a ‘minor’ problem may impact a child’s future.

One of the most dangerous and harmful conditions that a bullied child experience is depression. They lose confidence and no longer have healthy self-esteem, which leads to stress and anxiety. They, in turn, make a child unhappy. If the episodes of cyberbullying happen on a regular basis, the above emotions lead to depression. And in most cases, it is impossible to cope with depression without side help.

It should be noticed that many children mask their depression and, on the inside, seem happy and cheerful.

According to research, cyberbullying may be a cause of suicide, especially among youngsters. Children who are regularly bullied by their classmates or neighbors, or even unknown people on the internet, often lose hope and think that they can’t do anything about the situation.

They might think that the only way to change the situation is to commit suicide. As you understand, this condition is the most threatening one and requires your full attention.

How to prevent cyberbullying

As you see, cyberbullying and depression are interlinked. This may influence a child’s future and even lead to irreversible consequences. That is why it is so important to know the most effective prevention measures.

First of all, you should try and monitor the social activity of your child and record the time and the medium that was used for bullying. Then you can report to the school or academic institution if the child is bullied by a classmate. It is also important to try and talk to a child about the situation. Another effective instrument is to post positive messages if you see a dialog with bullies.

However, the methods above might not help if your child is withdrawn or too sensitive. In such a case, you can try out applications that may help to reduce and even prevent cyberbullying.

Does bullying cause depression and suicidal thoughts? Now you know the answer. It is a very dangerous problem that causes stress and anxiety in thousands or even millions of children. It becomes difficult to lead a happy life, which in the long-run harms both mental and physical health.

Fortunately, it is in our power to help children and solve the problem of cyberbullying. Instead of remaining indifferent, we should become active listeners, mediators, and voices of wisdom. We should also treat our children with respect and participate in their lives so that they won’t want to bully others or would have enough stamina to resist bullies. Luckily, there are consulting sessions and apps which will be of great help.

Is Online Therapy for Teens a Viable Solution?

Art is a Science: Using Science to Nurture Your Child’s Talents »
« How to Effectively Limit Your Child’s Phone Usage