Which States Are Doing to Fight Cyberbullying? 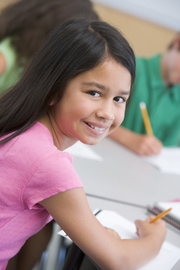 In many ways, the internet is a great learning tool and can be wonderful for connecting children with the rest of the world. Unfortunately, there is also plenty of inappropriate content, and online social networks can give other kids a forum for teasing and bullying.

The good news is, states have the power to rein in bullying and inappropriate interactions that happen in the digital sphere—and several are going above and beyond to keep kids safe online. Here’s a closer look at which states are doing the most to keep their young residents protected while learning on the internet.

Many states have implemented some combination of laws specifically addressing cyberbullying (at school and otherwise), online harassment, and texting inappropriate content (known as “sexting”). But nine states have doubled down on establishing protections for kids online:

These states have taken clear legislative action against both cyberbullying—bullying, belittling, or harassment that occurs via digital means like social media or texting—and inappropriate texting with minors.

In Arkansas, schools are required to institute and enforce anti-bullying policies. Schools must also offer group conflict resolution services for students and training for teachers to learn how to recognize bullying.

Connecticut is a leader when it comes to cyber-bullying policies and resources for students and teachers. In addition to the laws put in place by Arkansas, Connecticut school districts also have strategies for including parents of both the student who was bullied and the student(s) doing the bullying to ensure the safety of everyone involved. Texas also has a strict policy that covers all these bases, though protections for specific classes aren’t clearly delineated.

The state of Florida includes a process for involving families in cyberbullying situations. It also requires districts to keep a list of programs that can offer training for school staff, parents, and students on how to identify and react to online harassment. Like Texas, specific groups aren’t called out in the laws, but state-funded schools are still held to federal anti-discrimination rules.

While the requirements in Georgia do not include training for school personnel, the state has implemented character education programs for all grade levels and includes off-campus cyberbullying directed toward students or school personnel in their laws and regulations.

Laws in Kansas don’t include off-campus incidents, but they do require training for educators and staff on navigating bullying situations. And Pennsylvania and Utah include everything except offering mental health support for students who have been bullied, even going so far as to require regular policy reviews and to involve families in policy creation, respectively.

South Dakota’s laws focus on responding to bullying as it happens, and while there aren’t plans in place for prevention or family involvement, the state does offer immunity for reporting bullying.

Additionally, all nine of these states have laws that directly address minors sending and receiving inappropriate content via text.

What Can Parents Do?

Regardless of what state you live in, there are some basic precautions you can take to keep kids safe online.

Last but not least, have a conversation with your children about the importance of being careful with personal information and the potential risks of being online.

What to Do If Your Child Is Being Cyberbullied: a Single Parent’s Guide