Breaking Down Cyberbullying and Its Prevention 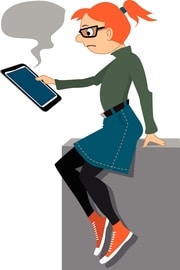 Before the world went online, children worried about being bullied at school, on the playground, or in the park. However, today’s bullies have access to mobile phones, computers, gaming consoles, and other technology. This has led to the rise of cyberbullying, and this type of digital abuse can have far-reaching, devastating consequences.

Let’s take a closer look at it and how to prevent it from happening.

People who haven’t experienced cyberbullying might think it begins and ends with mean comments on the victim’s Facebook profile or nasty text messages. Those are a couple of tactics used by cyberbullies, but there are many more that can gravely affect a child’s psyche.

These are the most common ways in which bullies attack people online:

As you can see from these tactics, cyberbullies use electronic devices such as mobile phones to harass, mock, or threaten people intentionally and repeatedly. Victims will agree that the effects can be as hurtful and damaging as face-to-face bullying on the playground, office environment, or anywhere else.  Bullying can even be a problem in college.

Cyberbullying differs from bullying that happens in person, and the tactics that cyberbullies use have certain characteristics.

These are a few of those characteristics:

Anonymity – Cyberbullying often is anonymous. Bullies hide behind fake profiles, which makes it more challenging to put a stop to them. Not knowing who is behind the abusive behavior can also make it more terrifying for victims.

Difficult to detect – It’s easier for parents to detect physical bullying. For example, mom or dad would notice if Johnny or Bailey came home from school with a black eye or a ripped shirt. It’s far more difficult to detect that a child is receiving threats online if they don’t say anything about it to their parents.

Cyberbullying is ongoing – The persistence of this type of harassment is a major factor. Rather than being limited to school hours, bullies can use their phones or other devices to attack or harass victims at any time of the day or night.

Attacks can be permanent – If others share posts made by cyberbullies, or if online content goes undeleted, their attacks can be permanent. Some social media platforms may delete abusive content if reported, but it can be impossible to track everything shared. Once something has been posted online, it’s difficult to delete it completely.

Cyberbullying can be far-reaching – Due to the nature of the internet and social media platforms, cyberbullying has a much bigger audience than bullying that happens face-to-face. Nasty posts made about someone online can reach thousands of people around the world in a few minutes.

According to UNICEF, victims of cyberbullying often feel as though there is no escape. Whether they are at home, school, or anywhere else, they know that the bully can strike at any moment. The constant threat of attack can have serious consequences.

Cyberbullying can cause stress-related physical problems such as tension headaches, stomach aches or stomach upsets, and sleep loss. It can also have an emotional impact by making the victims feel ashamed about the things they enjoy. And it can cause mental anguish by making victims feel angry, embarrassed, stupid, or upset.

Some victims of cyberbullying have been made to feel so ashamed, embarrassed, and upset that they’ve never spoken out. Of course, the bullying did not stop. It got so bad that the victims took their own lives in some situations because they could not deal with it any longer.

Parents and children need to understand that, as terrible as cyberbullying can be, it’s not the end of the road for the victim. They can regain their peace of mind and confidence again. This takes time and possibly counseling, but recovery is possible.

Arguments between people happen from time to time, and they’re normal. However, if someone is repeatedly nasty to you for no fault of your own, it’s bullying. Don’t blame yourself for it, because no one deserves to be bullied.

Save the evidence of bullying. Whether the cyberbully sends text messages, posts on Facebook, or leaves nasty comments on Instagram, save the messages, download the videos, or take screenshots of the posts. Evidence may help authorities take action if you have to proceed with a bullying lawsuit to end the harassment.

Do not retaliate. Your upset or angry response may add fuel to the fire. If bullies know they’re getting to you, they’re likely to continue. If you know the bully’s identity, don’t retaliate in vengeance because that will turn you into a bully too. Instead, save the evidence and seek help.

Tell someone you trust. Even if it seems difficult or embarrassing, telling a parent, relative, friend, or teacher what’s happening can be one of the best things you can do for yourself.

Follow or befriend your child on social media. This way, you can keep an eye on what they’re doing and what others are saying in response to them.

Educate your child. Tell them about not accepting friend requests from strangers, and warn against posting personal information and compromising photos online.

Learn About Parental Control Apps that are designed to monitor and prevent cyberbullying before traditional signs become visible.

Be proactive. If you see cyberbullying taking place, report the posts – even if your child is not the victim – join the fight against cyberbullying.

Cyberbullying is one of the downsides of the digital age. Victims need all the support they can get, while bullies need to learn that good people will not accept their vile behavior.

How to Get Your Children Interested in STEM »
« Understanding Emotions Through Games: Helping Kids Cope With Anxiety